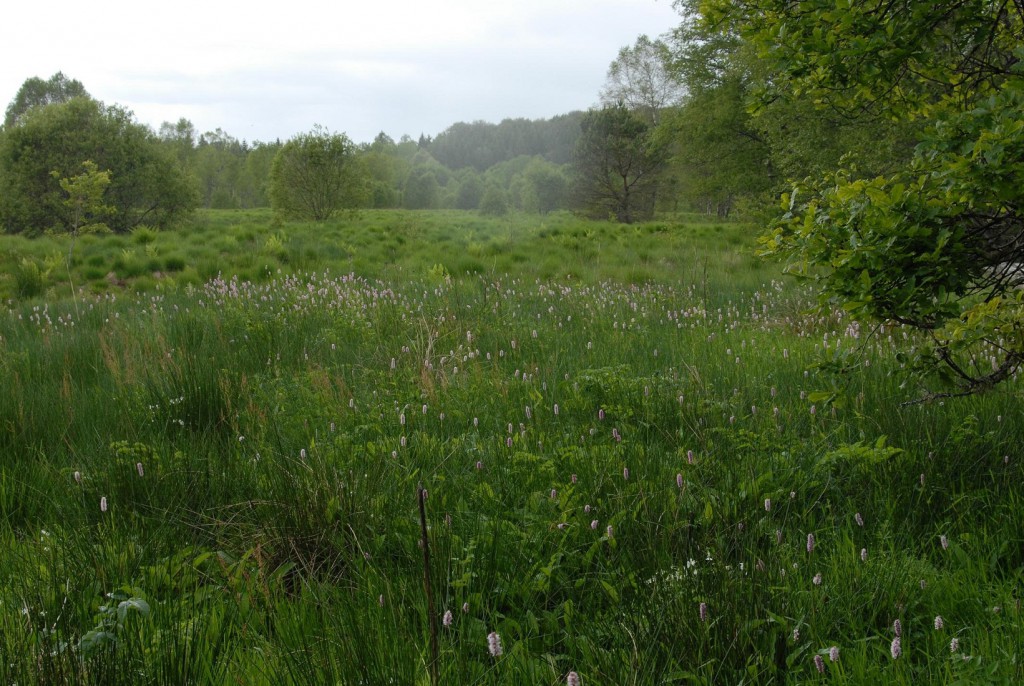 Back ground and objective

In 2015, an EPMAC amphibian monitoring program was initiated in De Millevaches Regional Natural Park in central France (Limosin). The natural park has an area of 315,000 hectares and was selected for the high diversity and importance to amphibians. As the in the other regions with EPMAC monitoring there is a large data set availability with detailed information on the distribution of the species over the past fifteen years. In comparison to the other EPMAC areas in Spain and Poland the area has other amphibian species (Triturus marmoratus, Bombina variegata, Rana dalmatina), and other habitats. Three landscape types are represented: raised bog on the Plateau de Millevaches; rolling landscape, small scale agriculture and forest landscape; and larger river valleys. The principal objective of the monitoring is to improve the conservation status of the amphibians by means of a participative and educative monitoring program (De Vries, Marco & Goverse 2012: in Froglog 105 www.amphibians.org). The method was designed so that the results can be incorporated in the national amphibian monitoring program (SARE). The method enables participants to learn and obtain deeper knowledge on the recognition of the species, life stages, population dynamics, habitat, ecology and conservation problems. At the same time valuable information is collected to study the natural dynamics and conservation status of the species and their habitat through the entire territory of the natural park. Close contact is maintained with landowners, naturalists, regional authorities and staff from the natural park and they are informed on the results . Scientific research institutes and a network of professional herpetologists collaborate in the study, the evaluation and analyses of the data. The results are an important reference for the status of amphibians in the territory and help direct conservation actions and more profound research.

Three landscape types are represented: raised bog on the Plateau de Millevaches; rolling landscape with small scale agriculture and forest landscape; and larger river valleys. The bog, in the south of the Creuse, is the best preserved raised bog of France. It is formed on the granite plateau where there is over 1600 mm of annual precipitation and low annual average temperatures (8ºC). Around the bog, there is a diverse patchy landscape with hedge rows, dry stone walls, meadows, pastures, fields and (coppice) woodlands, and the two main river valleys of the Tardes and Cher. The climate is milder with an average annual temperature of 11 ºC and 800 mm precipitation. The use of the landscape has changed as more and more people have moved from the rural to the more urban regions since WWII. The ones large scale cereal production has gradually changed into pastures, meadows and fields for life stock (a.o. Limousin cattle). Forest land is increasing due to natural succession on slopes that used to be grazed by sheep or goats; an ecological revolution. Altogether, the diversity of habitats results in a remarkably high biodiversity and rich amphibian community with populations of 15 species. 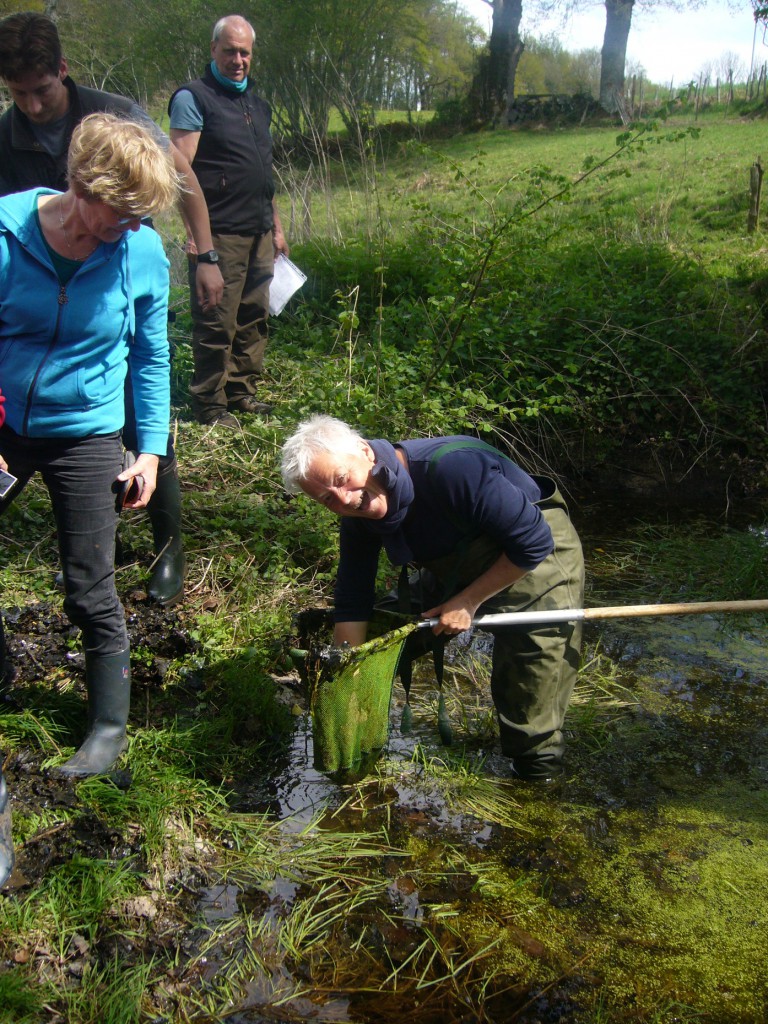 At the start, one sampling round will be executed in 100 preselected locations of which the importance to amphibians is already known from previous surveys (around the year 2000). The method is designed in such a way that populations of all species will be surveyed throughout the territory. In EPMAC Spain and Poland the first selection was already sufficient for this. The 3 landscapes will each be represented by at least 20 sampling sites. The important and representative aquatic habitats in the area are included: cattle ponds, other ponds, ephemeral waters (including the Bombina variegata habitats created by Tigouleix), shallow inundations, drinking troughs and streams. The sampling round is timed so reproduction of all amphibian species can be detected. Sites are surveyed during the day and selected sites will be visited in the night. A visual survey is made to detect eggs, adults and certain larvae species. In addition sweeps are made systematically (5 in the shallow and 5 in the deeper water area). A picture is made of the habitat and of each species at each life stage. The data is collected on sheets and digitally, and validated by professionals on basis of the pictures. Each group has an (herpetological) expert, a local naturalist and other participants and is equipped with all field materials (dip-nets, wading suits, photo-aquaria, tubes, boxes, etc.).

In 2015 the first round was executed. Important contributions to the success are the high expertise and knowledge of the region and species (Rob Veen , Tigouleix), the group of herpetological experts involved and the field materials. Among the participants there were students and nature interested volunteers, (professional) herpetologists, landowners and land users. Staff of the natural park and local organisations were invited.

The start-up year was used to select sites for the monitoring and train local guide(s). 50 sites were surveyed and all species were recorded. 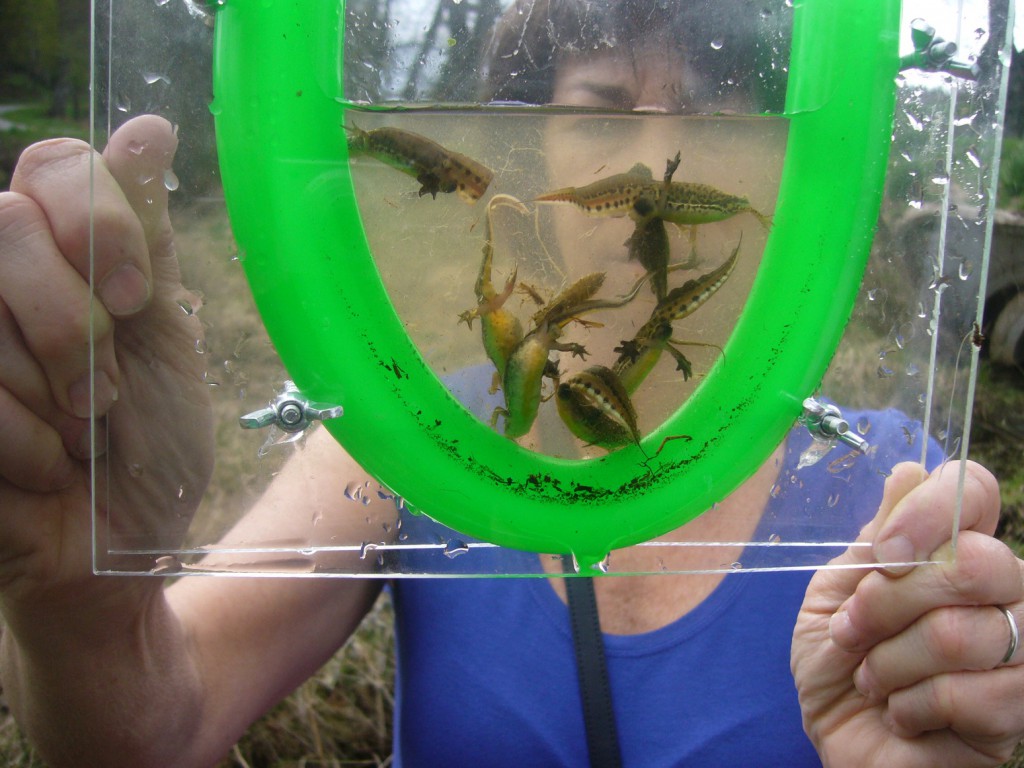 The EPMAC monitoring has been developed to evaluate the conservation status of the amphibians in the region. Data from previous investigation periods (decades) will be used for the evaluation. Normally an important limiting factor for evaluation of the status is that the data is not collected by similar methods or periods. The EPMAC monitoring is set up to give comparable data to evaluate the changes in the distribution of the species and the development of diseases. Overall it will give indications to what are the more important limitations for amphibian conservation. As a follow up, more specific, intensive and detailed monitoring of specific species, habitats or populations might be required.

Diseases Batrachochytrium and others

Unfortunately, it is for many reasons that amphibians obtain more and more attention. Next to the common threat that other species groups are facing (alternation of the habitat), amphibians are threatened more and more by diceases. During the EPMAC monitoring in Spain the quitrid fungi (Batrachochytrium dendrobatidis) was first recorded in Sierra Norte de Sevilla (2012). Even though widely spread over Europe not all amphibian species and populations are affected in a similar way. More recently a second quitrid fungi (B. salamandrivorans, B2) was discovered, affecting populations of S. salamandra in the Netherlands and Belgium. The quitrid “fungi” is held responsible for the disappearance of over 200 amphibian species in the world in the past few decades. Even though no massive mortality has been recorded in EPMAC monitoring areas, the amphibian populations are most surely affected negatively. In Eastern Andalusia mass mortalities have been recorded in Alytes dickhellenii. The monitoring is an important event with education around such problems, stressing the importance of disinfection and changing materials between sites/areas. Since 2011 the participants to the monitoring and materials are disinfected on their arrival to avoid the introduction of such species. 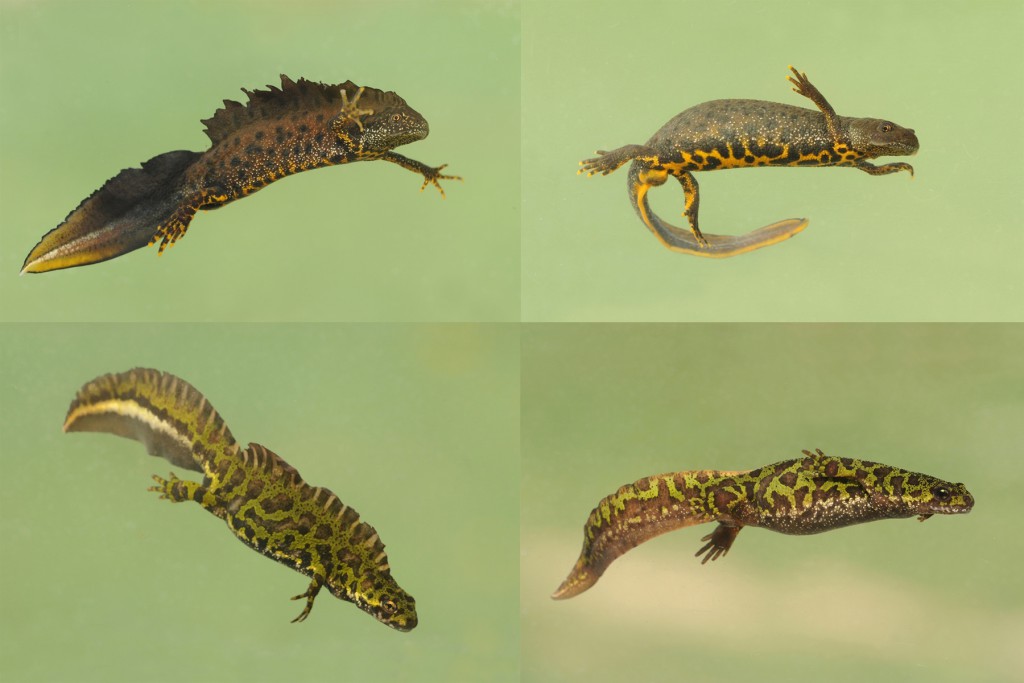 The EPMAC monitoring in France is an initiative from Tigouleix, Soontiëns Ecology and Natura Cerca. AMBOR (Andalusia) and Foundation RAVON (Netherlands) initiated the first monitoring in Spain with finances of the WWF-innofonds. 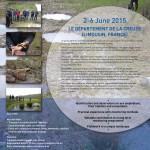 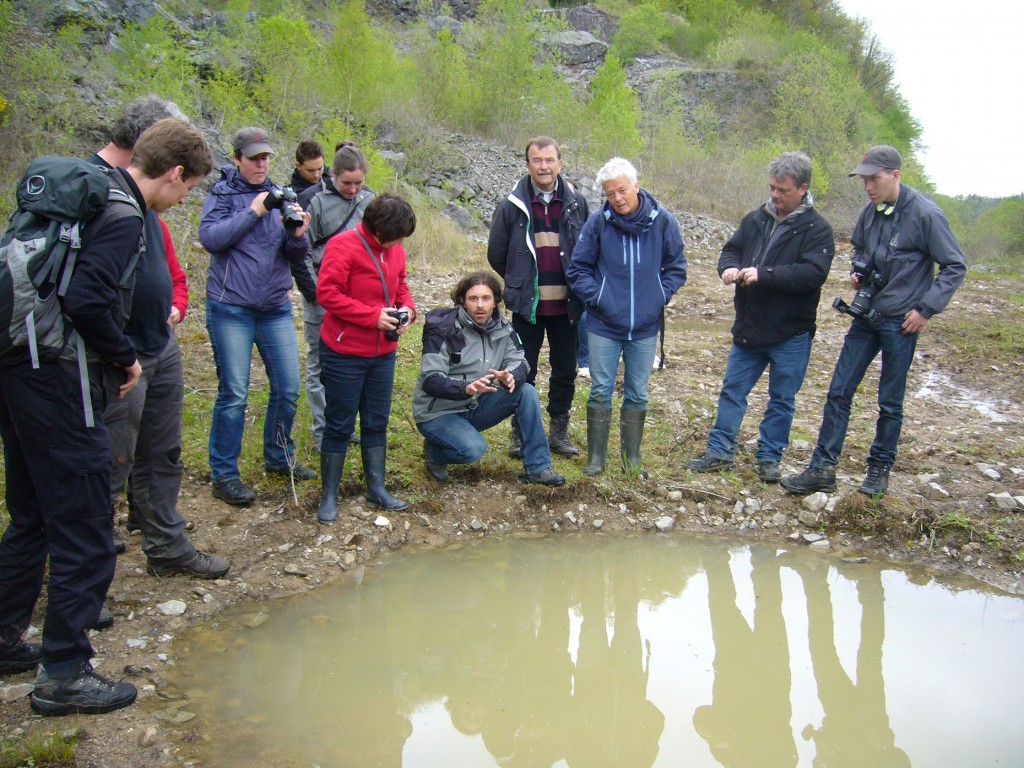